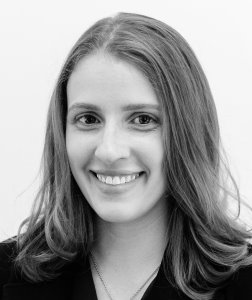 Tabitha Holland is an immigration consultant, licenced with the Immigration Consultation of Canada Regulatory Council (ICCRC). She has over 10 years of experience practicing Canadian immigration law.

Tabitha has been a guest speaker at Ryerson University on a number of occasions, providing assistance to their international student community on a variety of immigration-related matters, including Study Permit extensions, Work Permits and permanent residence applications.

Prior to joining BartLAW, Tabitha represented clients in a variety of applications, including both temporary and permanent residence. She also specialized in cases involving inadmissibility, such as misrepresentation, criminality and medical conditions.

Tabitha previously represented clients at interviews held at local Citizenship and Immigration Canada offices and the Canada Border Services Agency. She has also previously appeared before the Immigration and Refugee Board.

Tabitha completed her Bachelor Degree at the University of Toronto. She subsequently completed the Immigration Practitioner program at Seneca College, where she graduated with Honours.