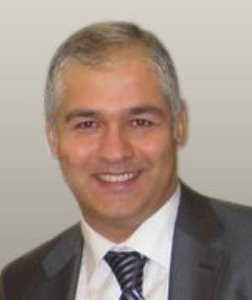 In 2012, Mr. Habali has established International Residency virtual group to advise clients particularly from Middle East, Russia & CIS as well as Turkey on Citizenship and Residency by Investment programs.

Mr. Habali is a Regulated Canadian Immigration Consultant, an active member of the Immigration Consultants of Canada Regulatory Council (ICCRC). His interest in immigration and international education has started with his own experience as an international graduate student in Canada in 2003, developed as a foreign skilled worker and matured when he obtained his permanent resident status and later Citizenship in Canada. During this time period, he volunteered on the Board of Directors in various Immigrant Societies; he served as Vice President in the Central Vancouver Island Multicultural Society in Nanaimo, BC, Director on the Board of the Turkish Canadian Society in Vancouver, BC and President in the Turkish Canadian Friendship Society of Vancouver Island in Victoria, BC. He has been an advocate in many platforms for the immigration rights and privileges of the International Students in Canada. Prior to his immigration practice, Mr. Habali has had a vast professional experience in the corporate and investment banking working with high networth individuals and multinational companies in the Fortune 500 list.

Mr. Habali holds an International Master of Business Administration (MBA) degree from University of Hertfordshire, UK, a Post-graduate Diploma in Business Studies from Vancouver Island University, Nanaimo, BC Canada and a Bachelor’s Degree in Political Science and Public Administration from Middle East Technical University, Ankara, Turkey. He has completed Certificate program in Canadian Immigration Law, Policies and Procedures as well as Award of Achievement Certificate in Intercultural Communications at the University of British Columbia (UBC), Vancouver, BC. Currently he is working on completion his Executive Certificate in Marketing at the Sauder School of Business at UBC.

Furthermore, he has interest in Strategic Management, Intercultural Studies, Multicultural Management, International Marketing and Business Strategies, Finance, Global Political Economy and History. He also enjoys volunteering in coaching youth soccer (football); he has coached a U14 bronze team in Nanaimo, a U17 Gold team in Victoria and U18 Silver team in Vancouver, British Columbia.