You are here: HomeSpeakersLouis Bolduc, Lawyer 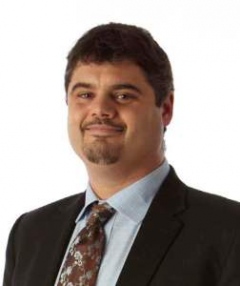 Registered with the Quebec Bar since 2001, Louis Bolduc is a Canadian lawyer specialized in Immigration, Policy and Comparative Law. After obtaining a Bachelor in History (Montreal/Toulouse, 1994), Mr. Bolduc pursued simultaneously a Master in History of Law and a Bachelor in Law (Montreal, 1997) and completed the first year of a PHD in History of Law (Quebec/Montpellier, 2000). In 2011, he obtained an Advanced Professional Certificate in Management at the Wagner Graduate School of Public Service (New York University).

After practicing as a lawyer at the Justice Department of Quebec Government, he became a Quebec Immigration Officer (2001-2005). In this function, he worked on long-term assignments in North Africa, Middle East and Asia. Mr. Bolduc conducted hundreds of selection interviews for skilled workers and investors and served successively as the Asia Desk Officer in charge of the immigration officers’ team and the selection targets for Asia, the Team Leader for the administrative appeal section and was finally the Immigration Department Expert Advisor for the business immigration politics and programs.

Between 2005 and 2010, Mr. Bolduc was a Business Immigration Senior Manager for Desjardins, one of the major financial institutions involved in the Quebec and Federal immigrant investor programs. Based in Beijing and Hong Kong, he participated in numerous seminars and conferences and reviewed and guided the submission of over a thousand immigrant investor files.