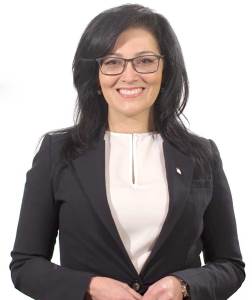 Ms. Brum Bozzi’s appointment means that the majority of full-time citizenship judges will continue to be women.

Ms. Brum Bozzi previously served six years as a Citizenship Judge and conducted over 7,000 hearings in both English and French. She was called upon to consult on policy, jurisprudence and legislative initiatives to combat fraud and reform the citizenship process. Immediately prior to her appointment, she worked as a member of the Social Security Tribunal.

Ms. Brum Bozzi was born in Ribeira Grande in the Azores, Portugal, and came to Canada with her family as a child. She earned a Bachelor’s degree in Criminology, a Master of Arts from the Toronto School of Theology and a Certificate in Public Relations from the University of Toronto. She did legal and policy research for the Honourable Mr. Justice David M. Brown, now at the Ontario Superior Court. Her wide community work has included the 820 Chris Hadfield Royal Canadian Air Cadet Squadron. She is a mother of five, and speaks French, Portuguese, Spanish and Italian.