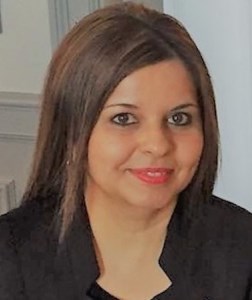 24.06.2019
Applications Made Under Humanitarian and Compassionate Grounds

Jenny was named One of Canada's Most Powerful Women by the Women's Executive Network in Canada in 2013. She was also titled "Iconic Woman Creating a Better World For All" at the Women Economic Forum (WEF) in India in 2017.

Jenny currently serves as Taskforce Chairperson for "Women Migrants and Global Citizenship" at the International Federation of Business and Professional Women which holds General Consultative Status at the United Nations Economic and Social Council. She assumed this role after serving as President of The Canadian Federation, BPW Canada, the first Canadian Muslim to assume this role in Canada. In her 2 year term, she focused on diversity and pluralism, re-establishing a club in Quebec and bringing women from male dominated industries in her home province of Alberta to re-establish a club in Edmonton. As President of BPW Canada, Jenny led a parallel event on Canada's Immigrant and Indigenous women in New York City during the 62nd Session of the Commission on the Status of Women focused on empowering rural women and girls.

Jenny was the recipient of the 2012 Distinguished Alumna Award presented by the University of Calgary. Locally, she was declared as "Volunteer of the Year" in 2010 by The United Nations Association of Canada in Calgary, occupies a seat on the Advisory Council for the Quest for Best Campaign at the Bow Valley College including its 1000 Women Rising campaign, and has previously served as Co-Chair of the Professional Services Division at the United Way of Calgary and Area. Internationally, Jenny has served on the Legislation as well as the International Peace and Intercultural Understanding Committees at BPW International. She was an Advisory Executive Council member of WEF 2017 in India and led the Theme of "Understanding the Century of Migration and Mobility".

While Jenny presents on Immigration, Citizenship, Diversity and Pluralism around the globe, she is also a sought-after speaker on the topic of Leadership and Empowerment at various forums including the Women's Executive Network, Young Women of Power, Every Woman Organization, The Athena Women's Leadership Symposium, University of Calgary's Scholars' Academy and Leadership Exchange Conference as well as BPW clubs across Canada and abroad. At the BPW International Congress in Egypt in 2017, as President of BPW Canada, Jenny presented on "Women on Boards" as well as on "Women, Peace and Security".

Jenny is a dynamic speaker with the ability to address various audiences. One of her keynote addresses was delivered at the European Union Residence in Ottawa on the topic of "Trade and the Economic & Social Empowerment of Women" where she was invited to speak to Women Heads of Mission or Ambassadors from over a dozen countries around the world. She has also addressed post secondary students at the University of Calgary's Social Work and the Law Class as well as younger students on recognizing and embracing differences to tackle bullying at school.