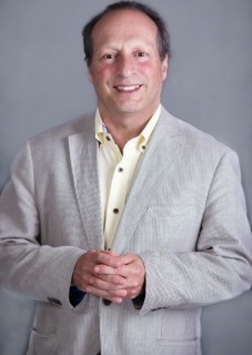 05.12.2012
The New Refugee Determination System and How Will It Work

Since 1979 Mr. Waldman has been practicing exclusively in the area of immigration and refugee law. He appears frequently as counsel before all levels of the courts including the Supreme Court of Canada. He obtained his LL.M degree from the University of Toronto in 2000. He is the author and editor of Immigration Law and Practice, a two volume loose leaf service that he has updated four times a year since 1992.  He has written three other works: The Definition of Convention Refugee Second Edition; Inadmissible to Canada, Second Edition and Canadian Immigration and Refugee Practice an annual publication.

In June, 2017 he was named to the Order of Canada for his work defending the rights of refugees and immigrants.  In 2007 he was awarded the Louis St Laurent Award by the Canadian Bar Association for his contribution to the legal profession. In 2015 he was given a Lifetime Achievement Award by the Canadian Bar Association. In 2010, 2015 and 2016 he was chosen as one of the 25 most influential lawyers in Canada by Canadian Lawyer Magazine. In May 2019 he  was awarded the  Diana  Martin Medal for Social Justice Through Law by Osgoode Hall Law School.  He was elected as the first President of the Canadian Association of Refuge Lawyers.  He is currently a member of its executive.  He is a Fellow of the American College of Trial Lawyers.

He has acted as counsel:

--representing the Appellant before the Supreme Court of Canada in J.P.  a case that dealt with the interpretation of people smuggling under section 37 (1) of IRPA.

-successfully representing the UNHCR in A.M.R.I. v. K.E.R. a case dealing with the relationship between the Refugee Convention and the Hague Convention on International Child Abduction.

--representing the UNHCR in its intervention by the Supreme Court of Canada in Ezokola where the Court interpreted Article 1 F (a).

-- representing the Senate of Italy as an intervener in  Burns and Rafay the case where the Supreme Court of Canada concluded that extradition to the death penalty violated the Canadian Charter of Rights and Freedoms.

--representing Amnesty International in its intervention before the Supreme Court in the Gavrila, a case dealing with the interrelationship between extradition and refugee law.

--representing the Canadian Bar Association at the Supreme Court hearings in the two Charkaoui appeals and the Harkat appeal before the Supreme Court of Canada. The cases dealt with the constitutionality of the use of secret evidence in closed proceedings.

--representing the British Columbia Civil Liberties Association in its interventions before the Supreme Court of Canada in Tran v MPSEP and R v Pham;

--acting as co-counsel for Maher Arar at the public inquiry into his deportation from the United States to Syria where he was subjected to brutal torture.

--representing the Applicant in Ishaq when she successfully challenged the policy requiring a women to remove her niqab before taking the oath of citizenship;

--representing the applicant Hassouna in his successful challenge to the constitutionality of the citizenship revocation procedures;

--successfully defending Hassan Almrei in his challenge to the security certificate issued against him;

Mr. Waldman has been appointed and remains active on the list of Special Advocate.

He has been an adjunct professor at both Osgoode Hall and University of Ottawa Law School.