You are here: HomeSpeakersPhil Mooney, RCIC 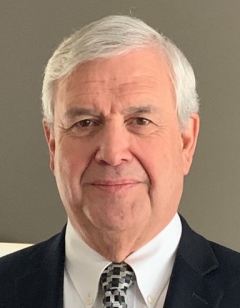 28.11.2019
Owner-operator and other business immigration opportunities across Canada

Phil Mooney is a Regulated Canadian Immigration Consultant (RCIC) with over 22-years’ immigration industry experience, after having spent more than 30 years in the corporate world.  He has worked successfully on all types of business  immigration cases over the years and currently acts as co-counsel to dozens of Authorized Representatives, helping them qualify candidates, select the best Program for their clients and helps them deal with government departments on their clients’ behalf.

In his career, he participated in the development of the initial Professional Skills Exam for consultants, attended meetings as a Subject Matter Expert, was a member of the Canadian Border Services Advisory Committee (CBSAC), and regularly met with senior government officials to discuss immigration issues. He was also the first CEO of the regulatory body (ICCRC) after being instrumental in preparing the successful bid to replace CSIC.

Phil lives in Burlington, Ontario, Canada with his wife, and is the proud father of two sons and grandfather of five. He is the son and husband of immigrants, and as a former corporate executive, has traveled extensively around the world.

CPD validity of these recordings will expire for the regulatory body indicated. If you want to claim your CPD hours, you must watch the recording latest on the day of its expiry.